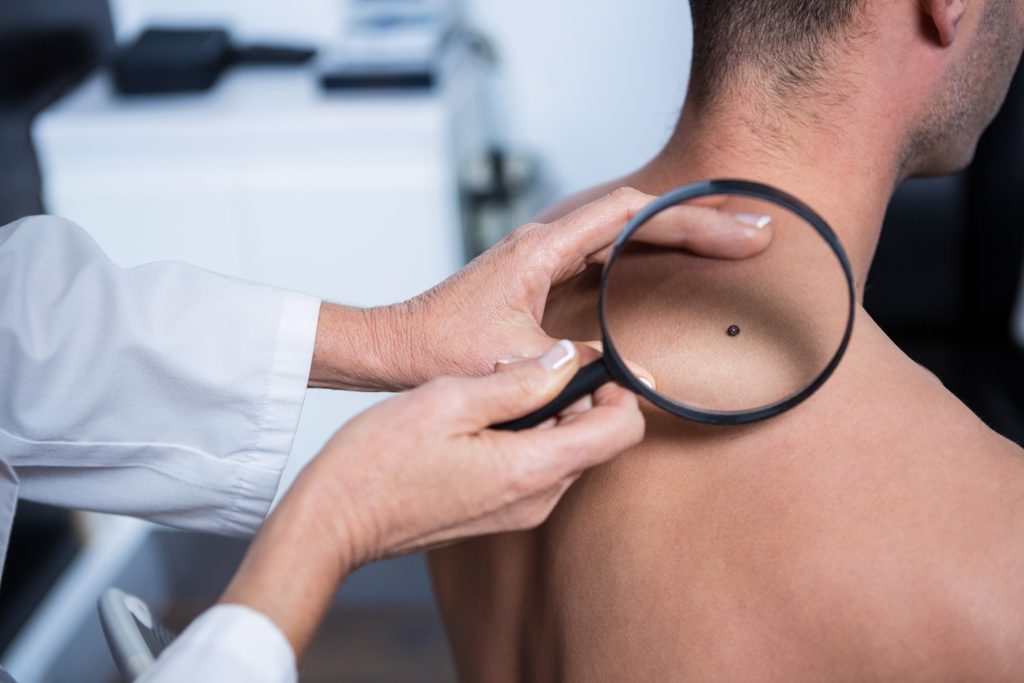 Home
/
Uncategorized
/
What are Moles and When to be Concerned?

Moles, also known as nevi, are a type of skin growth and most of them are harmless. Moles can appear on skin as black, dark brown, blue or flesh coloured spots, flat or raised.

Moles appear when melanocytes have lost their extensions and are clustered into so-called nests. What are melanocytes? Melanocytes are pigment cells (found in the construction of a mole and all over the skin).

When do moles appear?

The first moles may appear during intrauterine life (around 1% of babies are born with one mole at least) and during the first 20 years of life – mostly in early childhood.

Apart from genetic factors, the people with fair, lighter and red skin are prone to moles on a frequent basis.

Other factors leading to their occurrence can be:

When do moles disappear?

In some cases, moles do dissapear without a reason to concern due tu ageing. However, there are cases where the cancer spreads to other parts of the body after these moles disappear.

Most of the time, moles are removed surgically by cutting them (excision), laser therapy, cauterisation or freezing procedures, done on the advice of your dermatologist.

When to be concerned?

Unusual moles that can indicate skin cancer (look for changes in size, shape, colour or height):

A sudden increase in the number of moles can be related to skin cancer, and should be taken into account.

If you notice one or more of the changes above, you should seek an expert opinion from our dermatologist in Colorado or your skin cancer doctor.

PrevWelcome to the Colorado Skin Care Blog
What is a Dermatologist’s Role?Next
Recent Posts